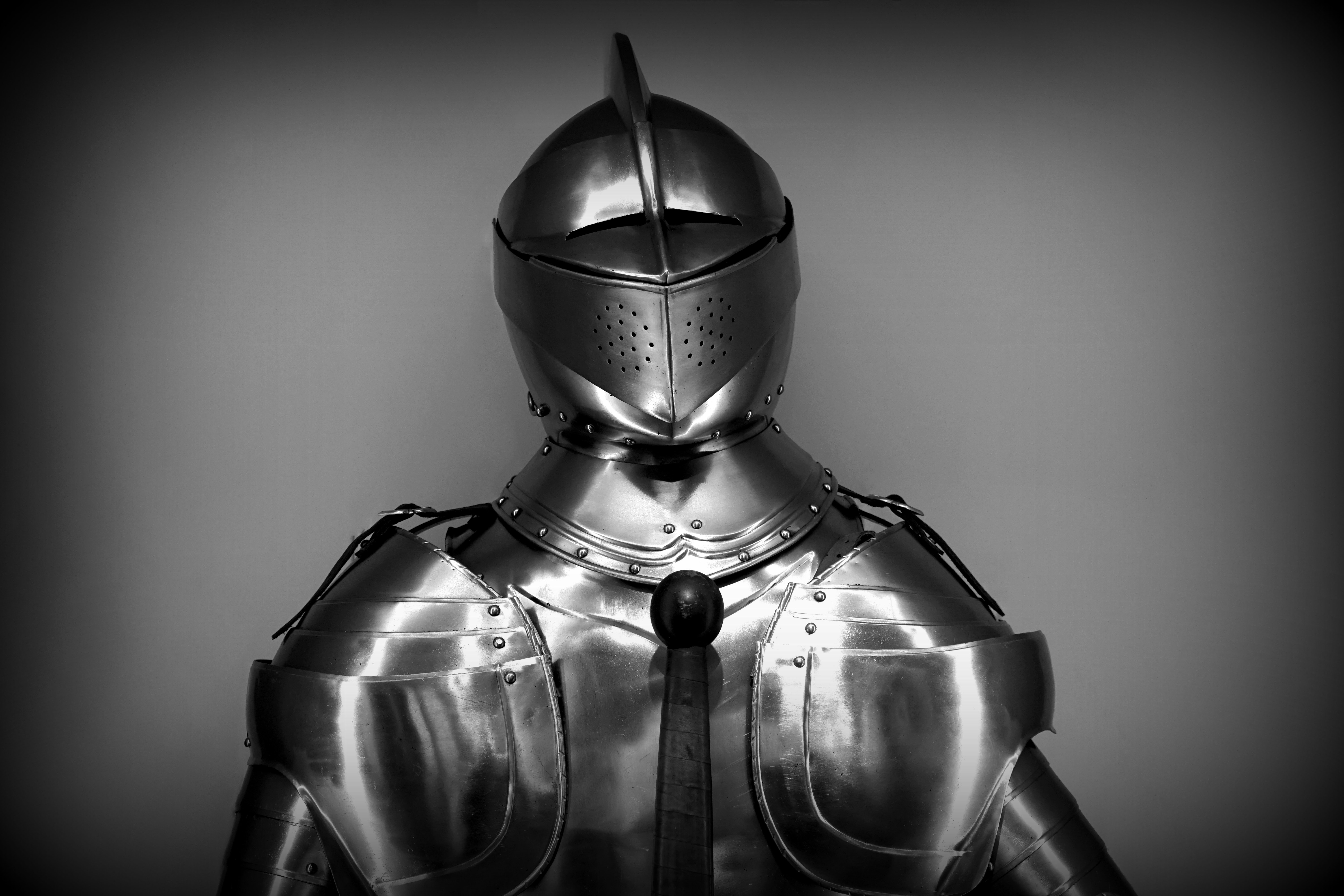 Exoskeletons for human use go back further than you might think. For thousands of years, warriors have worn armour to help protect themselves during combat. Armour has been developed across most cultures, from Ancient Rome, to Japan and China through to Medieval and Renaissance Europe. The key element shared across the development of armour was protecting the wearer from harm.

If we take the basic functionality of an exoskeleton from the animal kingdom in our previous blog post, which is to provide protection, support and cover, then throughout history we can see examples of how humans have been inspired by nature and the evolution of insects and other animals.

Throughout history, humans have created armour. Inspired from the natural world of how to protect themselves.

In Europe, before the advent of firearms, the pinnacle of armour was worn by knights in combat. This armour comprised  of  a metal segmented suit of plating worn over a leather garment to spread the weight.

A knight’s armour doesn’t provide strength, however the core functionality is very similar to the natural world’s definition of an external skeleton, and particularly in its protective application.

The invention of the armour provided a paradigm shift in the way combat was fought. Different thickness, weight, material and design could allow a knight to choose a variety of different fighting techniques and skills. Each armour could specifically made to a specific task, not unlike the evolution of insect’s exoskeletons, each having a specialised advantage for survival.

Every application that traditional armour was made for, had a purpose. An armour design for sword fighting would be different from an armour used for jousting.

Generic armour was given out to infantry troops but custom armour was made for the nobles and knights. The advantage of custom made armour was potentially increased comfort and functionality for the user's skills. Armour was also made to display wealth, and status on the battlefield.

Armour, however, was not the perfect solution. It was very heavy which caused fatigue while fighting and it could also impede free movement. Iterations over the years produced better solutions to these problems, with advancement in materials and understanding of joint articulation. Blacksmiths, for example, could generate hinged joints for the shoulder or segmented plated options with a leather under garment attached to an inside, thus allowing the stiff structure to be articulated or moved during motion. These advancements are again often inspired by animal exoskeletons. Woodlice have segmented plating so they can roll into a ball and protect themselves.

Armour would protect the person against swords, knifes, blunt instruments, and to some extent projectiles. This allowed the knights to fight in a different way, impervious to some elements of attack.  As firearms developed in power and portability, this type of armour became obsolete.

Blacksmiths could generate hinged joints for the shoulder or segmented plated options with an leather under garnet attached to an inside, all allowing for the stiff structure to be articulated or moved during motion.

Modern armour has become more lightweight, with further advancements of materials. Kevlar can provide increase protection for minimal interference for the user. It can be seen in riot gear for the police. Though armour like this is often more like padding than an exoskeleton, the design approaches can be adapted.

In our next blog post, we will explore the Hardiman Exoskeleton from General Electric, one of the first powered exoskeletons.