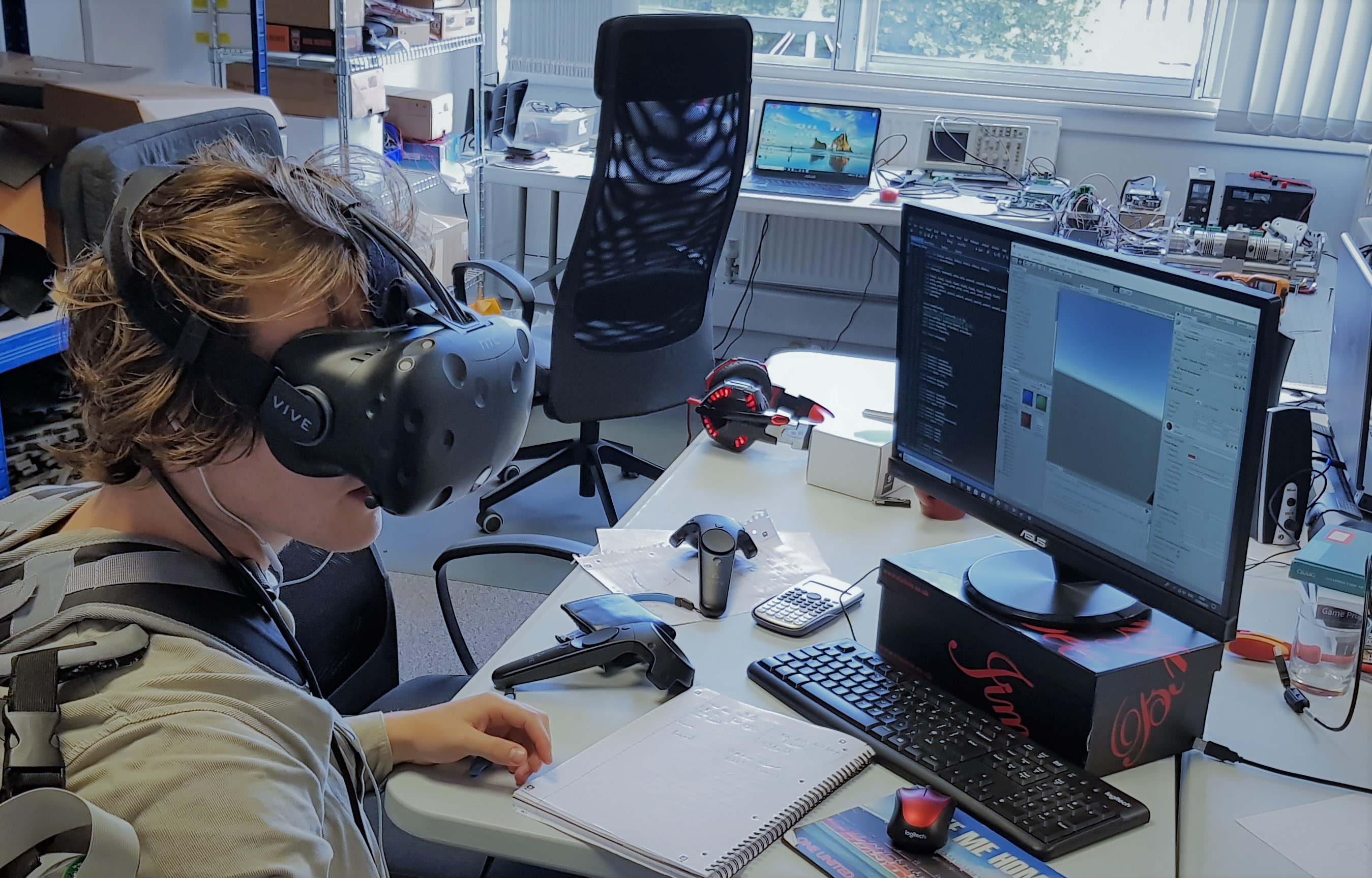 Experiences of locomotion in VR

How can you move in VR? Here are my best and worse experiences of locomotion in VR. From personally owning a VR headset to having conducted research in VR, I’ve spent a fair few hours in different realities. Each experience has made me question what I like and don’t like about gaming in general to the specific game mechanic choices. I want to share these thoughts and opinions, because I believe anyone who has played VR has been left with a feeling of wanting more. This is generally not from the feeling VR is dull, it comes from the lust of knowing where VR is going next.

I personally own a Gear VR and have a variety of games however 2 games that really made me think about motion and movement within VR, were Daedalus and Colab. The former, uses a unique jump/fly mechanic which allows to the travel around each level in a beautifully elegant and smooth motion, until… you hit the floor. This instantly broke immersion and made a sickness inducing event. My brain couldn’t cope with the disconnect between this sudden rebound jump within the game and me physically sitting in a chair.

The other game that always makes me question ‘why can I not move in a different way?’ is Colab. This is a puzzle and logic game, with each level requiring you to solve a problem. The mode of locomotion is teleporting, which widely known for breaking immersion, however due to the slow-paced nature of this game (or is that me taking awhile to solve the problem…) I never feel the immersion break. It feels more like a series of clicks to solve it instead of free motion getting in the way. My neck though continually gets strained from looking around so much in this game.

These games use a 3DoF HMD and are specifically designed for this, limiting the need for locomotion. Let me know if you think this makes a difference to your experiences?

The other system I’ve used extensively is the HTC VIVE. This system is a 6DoF room scale VR setup, and with this so many more options are open to developers for locomotion. HOWEVER… the 2 biggest selling games, job simulator and Beatsaber, are static based games only requiring a few steps in a room. I love these games and Beatsaber brings me back to good old days of guitar hero on the PS2, but I’ve entered a virtual world and I want to be immersed. Therefore, games like Skyrim VR and Fallout VR fulfil my dream of entering a new reality.

Playing Fallout VR was one of the most exciting and disappointing experiences I’ve ever had gaming.

Playing Fallout VR was one of the most exciting and disappointing experiences I’ve ever had gaming. I’ve determined this came from 2 factors, firstly I have plugged easily over 100hrs into fallout 4 on the PlayStation, buying all the DLC and making FPS breaking settlements. The anticipation of being in this reality had ramped up my excitement to play it in VR. When I got to stand for the first time in diamond city and actually being inside the world made every hair on my body stand up. However, the second factor then took over, the fact I wanted to walk to another city. The game had 2 options, teleportation or smooth motion in the settings. Personally, both ruined the experienced. Teleportation meant I was just clicking my way around the map like some super hero. So, I then tried smooth motion, which caused me to have motion sickness. Again, my brain couldn’t deal with the static nature of my body and the moving world around me. However, from an immersion point of view this was far nearer! I could walk and run around endless in any direction while looking around. However, I couldn’t get over the fact I was standing still.

Visit mechatech.co.uk/sectors for our solution to locomotion