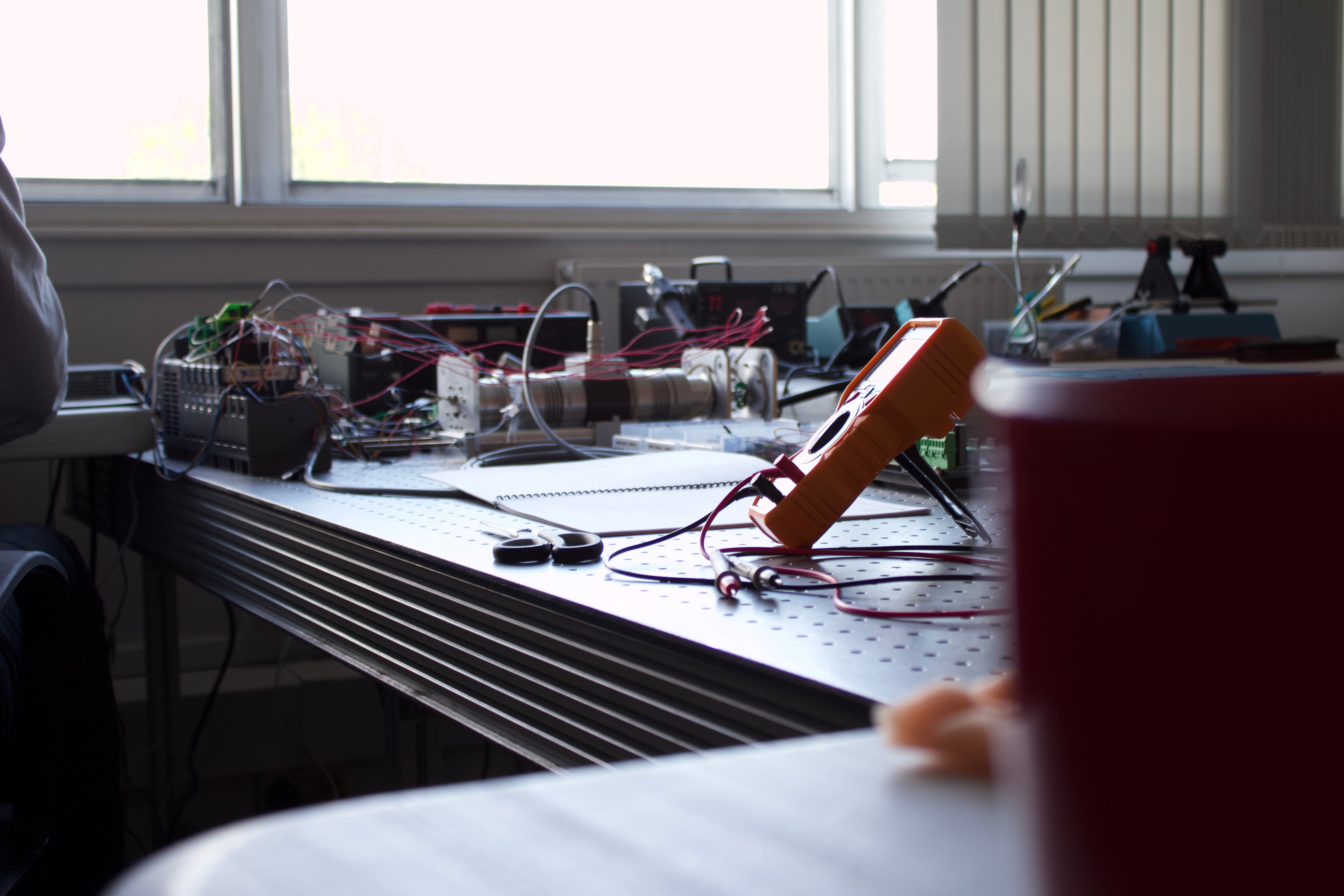 Mechatech has focussed on Research into Exoskeleton Robotics since 2011, this is a short introduction to the work we performed, and what led to the AgileVR, our first product.

I watched lots of sci-films and read manga in the 80s and 90s. I became fascinated by the idea of powered exoskeletons and how they worked. I worked on this in my spare time, around my degree, professional work, and it became something of an obsession.

I researched many areas, mainly with master-slave control, and I became an expert in frame design and human degrees-of-freedom as related to exoskeletons. I found that my obsessions only took me so far. I needed to engage some help from Academia.

I went to The University of Leeds Mechanical Engineering Department to discuss exoskeleton technology and we began a long-standing project which has now spanned almost 10 years.

We decided to sponsor a large team project into the fundamentals of an enhancive exoskeleton. We formed an original team of 5 PhD students to work on actuation, frame design, networks, and control, and setup a private laboratory for testing.

A PhD takes 4 years of work. Year 1 is literature research, where all previous work is surveyed and collated. This is then turned into a set of Aims and Objectives for the PhD. The student then spends the years 2&3 performing experiments, collecting data, and hopefully producing novel results. Year 4 is spent writing up a doctorate level thesis and writing journal articles.

A requisite of the PhD is that new ideas must be created. I am proud to say that we now have now sponsored further students to become doctors of exoskeleton robotics through this collaboration, and created 6 Doctorates along the way.

The majority of this work is covered by a commercial non-disclosure agreement, but we hope to share some of this work very soon.

I personally undertook a post graduate course to help out the team, and the area which was lacking at the time was motion capture data, in particular for people wearing exoskeletons. I studied the area extensively and created a simple exoskeleton, according to the principles I had already researched, which could capture movement data in real-time. I did this for the lower body only and compared the results to the model gait data, and professional motion capture systems, and it performed very well.

This research forms the basis of the AgileVR which was then taken up by other students and our recent commercial work.

Mechatech has worked with several teams of undergraduate students over the years, and they have performed some amazing projects with a focus on:

• Foot design for an Enhancive Exoskeleton

We began our first 18month commercial project with a modular exoskeleton project borne out of the above research with the University of Leeds. This was very successful, and we created and tested many new ideas for actuation, control, and modularity.

After completion of the above 18month project we decided to create our first commercial product the AgileVR.

This was a new project in the area of Virtual Reality. We did further research into Virtual Reality, Human Machine Interfaces, sensors, network technology, latency in gameplay, motion sickness and manufacturing techniques. We focussed on the “locomotion problem” this is an area of virtual reality, which has a few differing solutions. We wanted something to solve the actual problem of moving around VR easily, and also offering more complete Immersion.

We worked on the knee module of our exoskeleton, which could capture position and movement data for the upper leg, knee and lower leg. This combination allowed us to recognise movement patterns for locomotion. The combination also allowed us to recognise the orientation of the leg, which could be used to drive a Virtual Avatar in a game. This allows the legs, through the AgileVR to directly drive Virtual legs – in VRChat for example.

We developed this idea into AgileVR – our immersive controller for Virtual Reality.