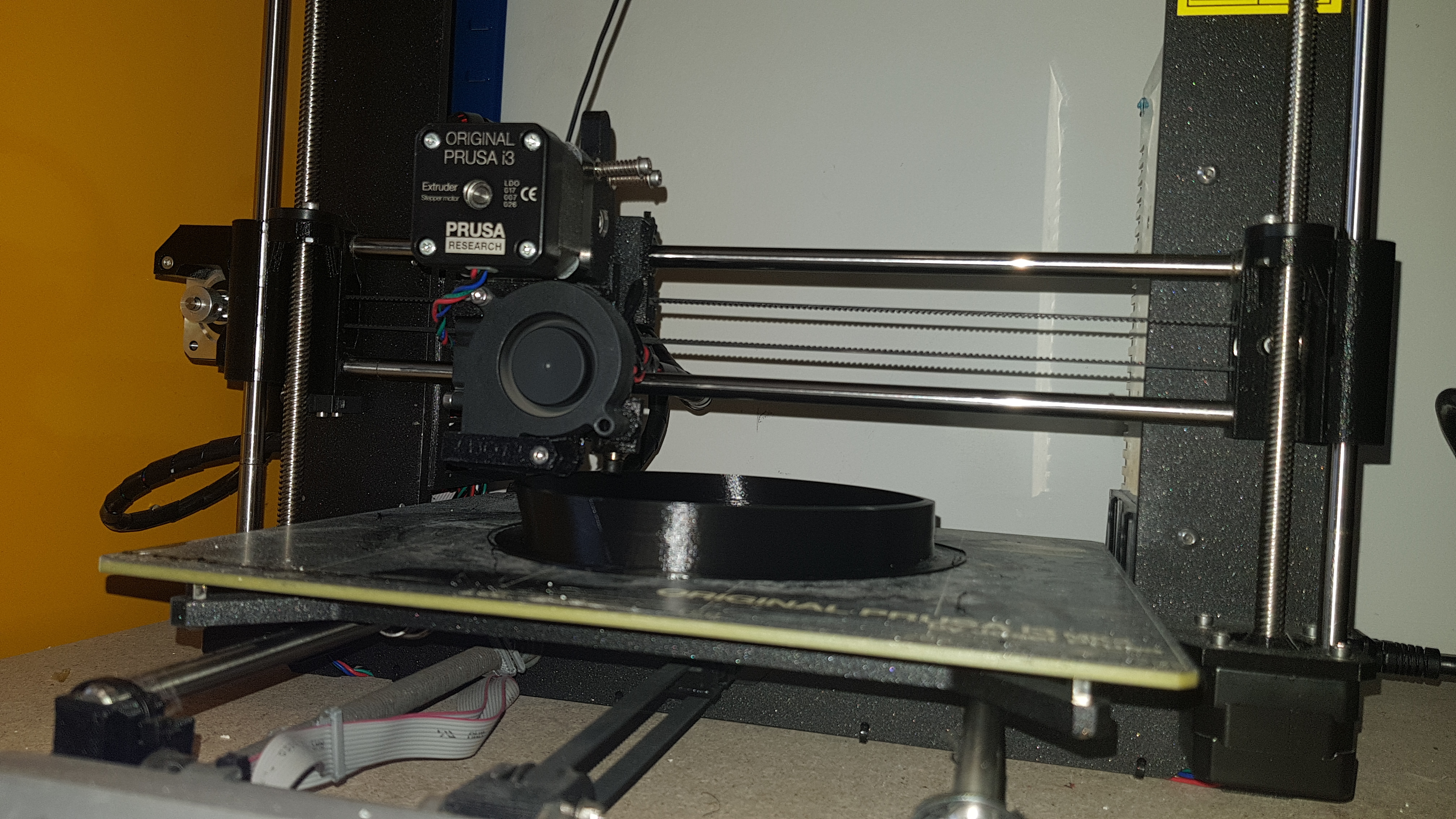 3D printing is technology that can now be used at home, not just by large manufacturing companies. This can be with the use of the kit. A bit of CAD knowledge or downlaoding models, anyone can start printing their own projects. At Mechatech we use 3D printing for rapid prototyping solutions. Using SLA, SLS and FDM 3D printing methods. One of our in house FDM printers, the Prusa i3 MK2S, was built from a kit. Here is a guide to our experience of building the printer.

The first opening of the package was exciting and filled with anticipation. The box which was provided was reasonable indication that the company had thought about marketing, the model number was clearly marked and had a nice simple design imprinted onto the box.

As the box is opened, the first items that are seen were packaging protection, three sheets of paper and a pack of sweets. The packaging filled confidence in shipping quality and product protection. The three sheets of paper where a hand checked list of contents,which was signed off, a calibration test result of the extruder and heat bed, while finally the last sheet of paper was a thank you for buying the product and an explanation that the sweets were a surprise thank you from the company.

This allowed for a nice arrangement when getting everything out. Inside these boxes all parts were in plastic bags labelled with all the parts and a chapter number relating to the instructions for assembly. Two handbooks were provided, one for the assembly of the printer and one for the technical details of the setup of the printer, for example calibration or pre-heating. The book was a nicely printed manual, each using same marketing design, but were a little daunting due to size. However, on opening a lot of the pages, it was filled with pictures and not heavy text.

All tools were included, 5 allen keys which there was only 3 different types, a screwdriver and two identical spanners which had different heads on either side. These all seemed simple and straight forward tools for assembly.

The pictures were very helpful compared to the text as it usually only consisted of one sentence, however the pictures were not very clear. They were too small and only showed the final build not which part goes were using arrows for example. However, it became clearer the more you do, it became much easier to understand what it was asking for.

Some stages had a link provided to a YouTube video for help on construction. This could be great for some people however, it is an annoyance for others, as it means the information is not clear enough in the handbook.

The handbook was nicely split up into chapters for assembly, the following were the associated names:

This seemed a logical and well thought out process. Starting with the frame, then working onto components and finally ending with the electronics.

One of the main positives about this build, was the size of parts. Other than nuts and bolts etc, all plastic parts and metal parts were manageable sizes. Part of this meant that the tolerances for the parts was reasonable and there was no issue at all throughout the whole build.

The process of building was repeated from chapter to chapter, for example 3D plastic parts had axis holes which required a rod through it with washers and nuts for tightening.

The base of the Y axis is shown, with the assembly of the corners which consisted of rods and 3D plastic parts. The ABS plastic was well finished and dense, giving it a strong feeling. The black steel threaded rods were very heavy and seemed to be too heavy for what was required, however without the weight the printer may shift itself during printing and have reduce stiffness.

The chapters meant the build had to be done in an order. This was good because it provided checkpoints during assembly. It also meant that you wouldn’t miss a step causing issues further down the assembly order.

All items were strong good quality, providing confidence that parts were not going to break. Spare parts were provided, but these were only nuts and bolts, no larger parts.

The extruder 3D plastic printed part, looked very complex in terms of design, however in assembly the part was very simple and didn’t require much effort.

One issue with the parts included about the Prusa i3 MK2S, was the use of zip ties. As much as they are very easy to use, the abundance that ended up on show was too high for a neat and tidy look. The use of them indicates a cheaper option that was chosen in the design process, but it was easy to use.

One of the hardest parts of the build was the power bank and electronics casing. The power bank was easy itself but the way it connected wasn’t clear. The Y axis had to be tightened up to build the frame in chapter 2, but it was only at chapter 7 that the placement of the frame was finalised. This was a little annoying to have to go back to go forward. The electronics was also the hardest part to assemble due to the awkwardness and the clearness of schematics in the handbook.

The biggest issue with the electronics was the fact you had to wire the components into the PCB while attached to the frame of the printer.

The final box to open, was crammed full with wires, which on one hand meant there was plenty of excess wire for flexibility and movement, on the other hand it became cramped and full once closed (Picture above). The schematics of the circuit board were understandable, colour coded and only a few inputs at a time in each step, which showed thought had be put into the consideration of the assembly.

The kit did have one giant flaw, the LCD 3D printed parts for chapter 6 were missing, therefore the LCD display could not be attached and housed properly. Luckily the functionality of the printer was not compromised. However, this was a largely disappointing feature of the build, especially as there was evidence of a person check before shipping.

The nice thing about calibration was that the printer had preloaded tests provided on the SD card. The second handbook was required for all the setup of the printer, which took it step by step for the procedure. However, the 'live z adjust' wasn’t clearly marked and required a YouTube video to understand. Lots of online help regarding the product, with a whole support knowledge base for issues that may occur, made the experience less overwhelming. For example, low adhesion to the build bed had been a problem but now has been overcome.

All things considered this was an enjoyable process, not a difficult frustrating process. Minus the parts for the LCD display which were missing, the build went according to the manual and had no issues. This is a testament to quality of the manual and the product. It could be seen where the money had been spent within the product, and the feeling of reasonable pricing is given off. In terms of a product, it feels well presented and supportive with online instructions and community.