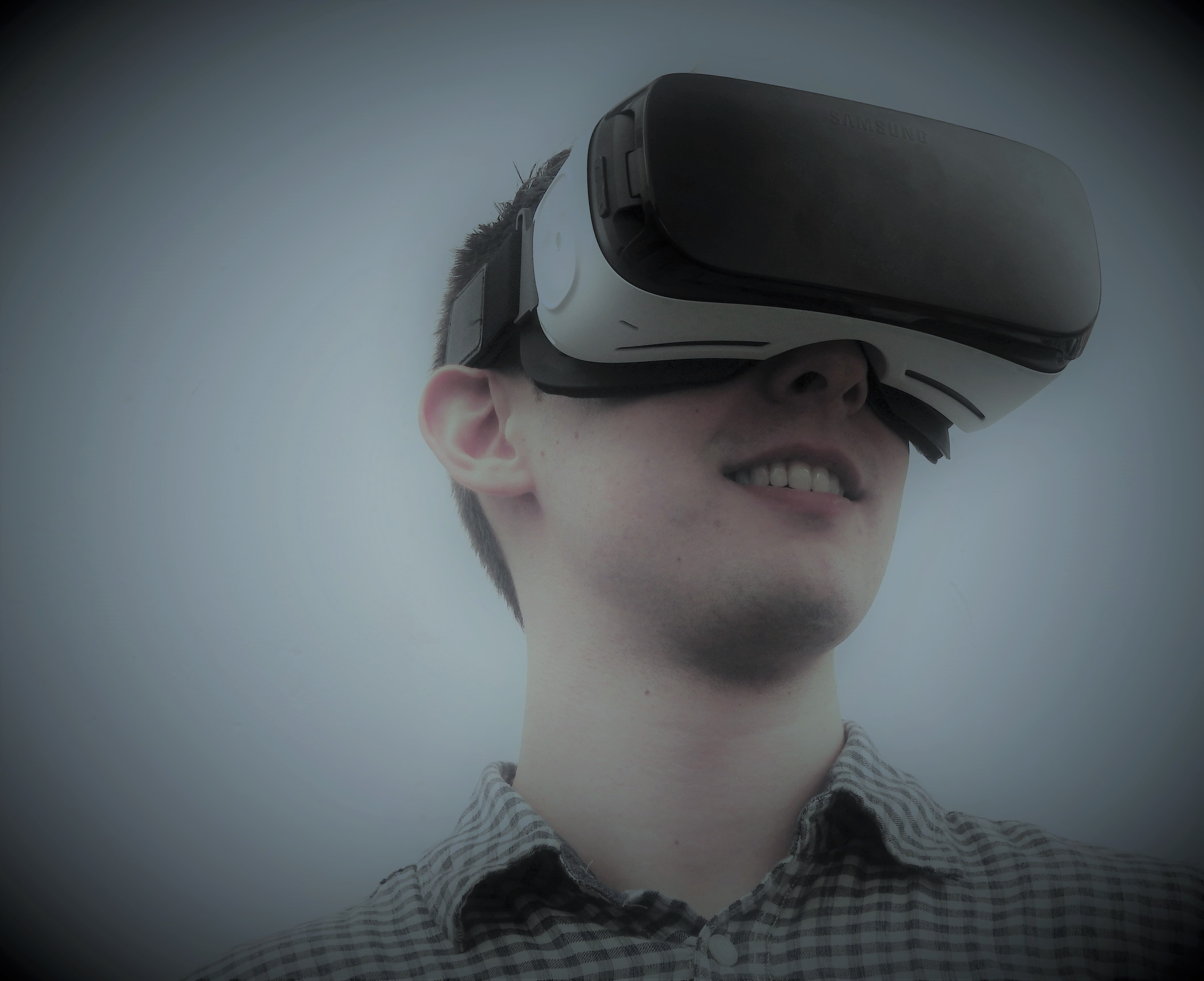 What does DoF stand for? Is 6 better than 3? What’s the difference between orientation and positional tracking? These may be some of the questions you are asking when it comes to getting into VR.

DoF stands for degrees of freedom. This is a term for motion about an axis or along an axis. For example, your elbow joint in 1 DoF. All objects around you that can move in 3D space move in 6 ways, these 6 ways are 3 directional axes and 3 rotational axes. Each of these axes is a DoF. We live in a 3D world and interact it in all 6 DoF.

When it comes to VR, DoF are used to describe a axes that is tracked. Tracking comes from the ability to monitor a change of angle or distance on the axes by using hardware. 3 DoF means orientation tracking. This means the 3 axes which an object can be rotated about are tracked. This exists in mobile VR headsets and standalone VR headsets like the new Oculus Go. if you turn your head while wearing a headset, it is able to tracked the angle change of this axes and allows you to look around in the environment.

Many games on mobile headsets, involve sitting in a location and going through an experience, just like a roller coaster ride. User's can visualise an virtual reality around them and look at the detail inside the reality. However, if you'd like to walk around the reality you are experiencing then a user would require a 6 DoF headset.

These high end headsets allow a user to move in a mapped out area. Allowing for a user to walk around objects to look at them for all angles. It allows for dodging of incoming projectiles or even exploration of open world virtual reality games. This issue though has been discuss in a previous post, click here to read about the locomotion problem and my experiences of it.

Why doesn’t all VR use 6DoF?

Simple put... this is because of cost. The hardware and software to have 6 DoF tracking is far more complex than 3 DoF tracking. Most mobile VR headsets use the built it inertial measurement unit (IMU) sensor to read is orientation. This is the same sensor that turns your screen landscape when watching a video on your mobile. Whereas, 6 DoF systems need infrared or optical tracking systems to track specific points on their headset or controllers in 3D space. The extra hardware increases price but with greater functionality.

I own a 3 DoF headset for my mobile and love using it for its simplicity and immersive ability. Going to 6 DoF is absolutely incredible but requires investment in time and money to setup. When I use a 6 DoF system, I do genuinely believe I am in another reality. Most AAA games developers have not adopted full VR compatibility for their exist games, or created new content for this platform, therefore lower budget developers are the main source of games and content. Skyrim VR wouldn't be the same without the ability to swing a sword or duck behind a rock to hide from a dragon. These types of movements need 6 DoF tracking.

I'm confident 6 DoF will be the future of VR but only when it becomes easily accessible for everyone.

So, which is better?

For an immersive experience which you can move in a room and pick ups up off the floor, 6 DoF is the way forward. However, if you want to watch films or ride a vehicle for example, 3 DoF can be just as immersive. 3 DoF has limitations, but it also comes at a fraction of the price, with products like the google cardboard starting at a few pounds/dollars. instead a full HTC VIVE VR headset would set you back around £400. This is not including the price of a high spec PC to run the VR game.

The new wave of products from companies like Oculus, are using inside-out tracking to reduce the need for external hardware and reduce cost. Check out the Oculus Quest here. All these points are positives for the VR industry. Too feel fully immersed in a virtual reality, the ability to interact is crucial. This is just not possible from many cheap mobile headsets. The requirement for a controller linked to the headset allows this interaction and therefore, the controller needs to be positionally tracked. Either this is done from the headset or from external hardware, but your hand moves in 6 DoF therefore requires tracking. The only exception to this is the GEAR VR headset which has a compatible controller included. This only tracks in 3 DoF, but it allows for a level of interaction above standard mobile headset. A nice half way house product, no wonder it's sold so well.

In conclusion once 6 DoF can be done successfully with the need high end PC and external tracking hardware, then most if not all VR headset will adopt 6 DoF.